Visibility as a Leader

Courageous leaders have visibility within their organisations. They connect with people; and they inspire people – because of their visibility. So what is meant by visibility – let me be clear that it does not equate to the old fashioned

concept of managing by wandering around – where leaders wandered the corridors saying “hi” to people, showing their faces and making sure people “saw” them. There was a certain lack of sincerity and authenticity to this approach – it was a lot of show and created bigger facades for leaders who used this approach.

Visibility for leaders is defined as:

1.     Aligning everyone to the purpose and the vision of the organisation through real conversations so they receive clarity on their level of significance to this;

2.     Being “present” with people when you do engage in conversations with them – so people feel like you want to be there and that you are being real in your interactions with them; and

3.     Engaging in honest and real ways with people so they feel you are “with” them, you are part of the same team who share concerns and enthusiasm – this kind of interaction inspires people into even greater performance.

Interestingly during these tough economic times we are experiencing more leaders bunkering down – not being seen by enough people within the business. They don’t want to be seen because if they are seen then they can be questioned. Increasingly leaders don’t want to BE vulnerable – so they prefer to bunker down, not get out and about with people in the business. They are finding comfort in completing tasks they can control with people who will obey. Too many of our leaders are playing “safe” – making decisions with a limited few and then pushing them down with a cascading approach that protects them from the kind of visibility I have referred to.

As I explored this thinking further it sparked images of a TV Show I really dislike – Undercover Boss. Why do I dislike it? Because it represents the very situation I work so hard to combat and change for the better!  Existing leaders unable to connect with employees because of the fear generated within the business by the style of leadership used. The only way these “Undercover Bosses” can find out the truth is to deceive their employees into thinking they are somebody they are not! What does this say about the visibility of our leaders in organisations?

Courageous Leaders invest the thinking, the time, the energy and are prepared for the vulnerability of being WITH people. By doing this they are inspiring people to their greatness.

What does an effective leader look and sound like? 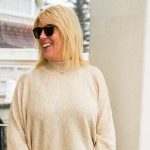 ​Containing twelve episodes with videos, workbooks and access to further reading materials, new, emerging, and existing leaders can use it to elevate their leadership skills in their own time and at their own pace.

Learn more and register your interest